On the Guinness World Records website, Deb Hoffmann is the first in a list of results after searching for simply “Pooh”. 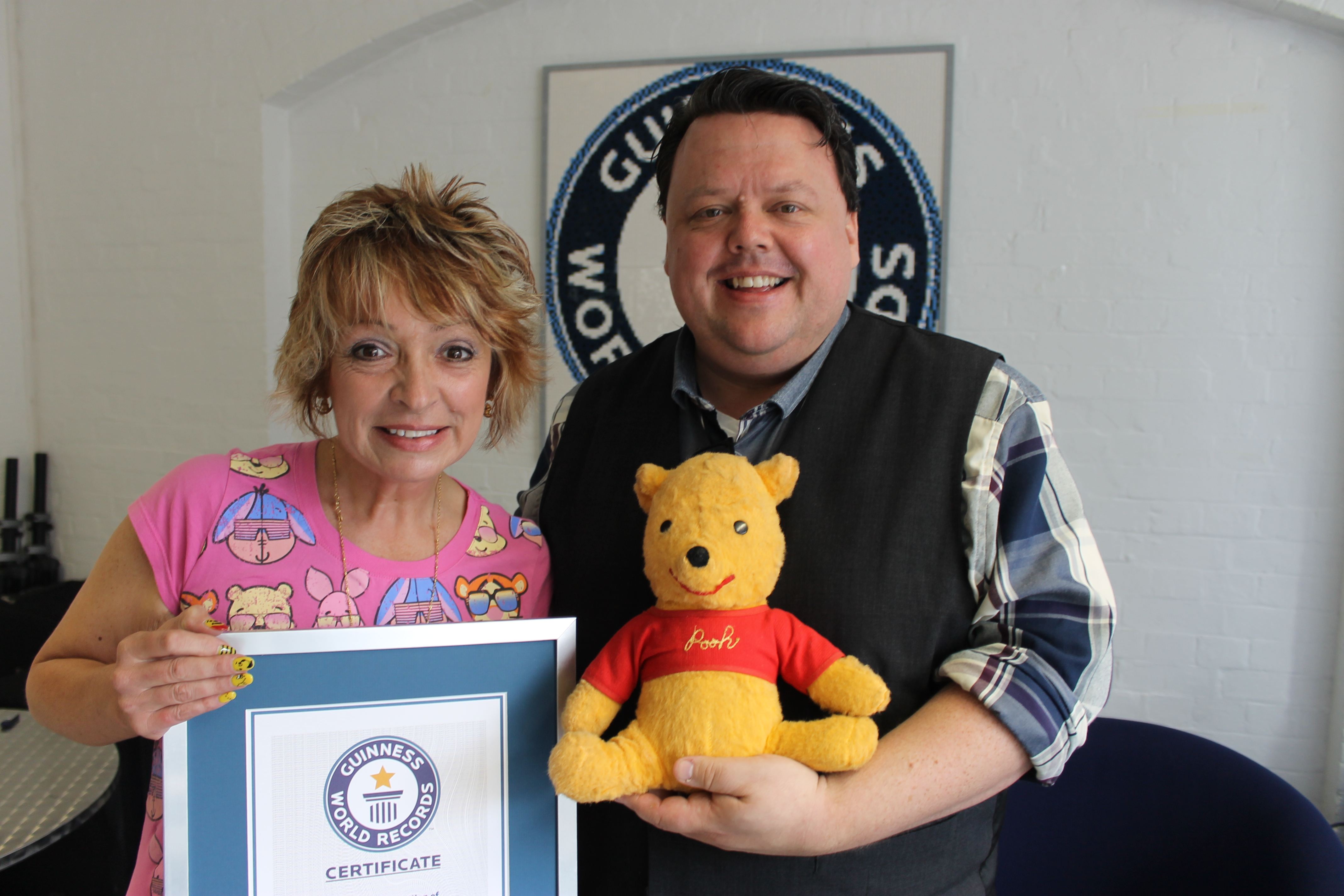 She is the owner of, what the site calls, “one of the globe's sweetest memorabilia collections.”

In December, Hoffman broke her own world record of Pooh collectibles with 20,000 items, The assembly started back in 1967 when, as a little girl, her parents gave her the first member of the huge gang. She still has four Poohs from back then who were made are flagship members of the collection that first broke the Guinness World Records title in 2009 with 4,405 items. She continues to grow the grouping and update her record every year — even adding more since the official count last December.

According to Winnie the Pooh, “Sometimes the smallest things take up the most room in your heart.’ For Deb, her collection is taking up a lot of room in her the two houses she shares with her extremely understanding husband, Gary. The couple split their time - and her Poohs, although not evenly - between their hometown of Waukesha, Wis. and Winter Haven. 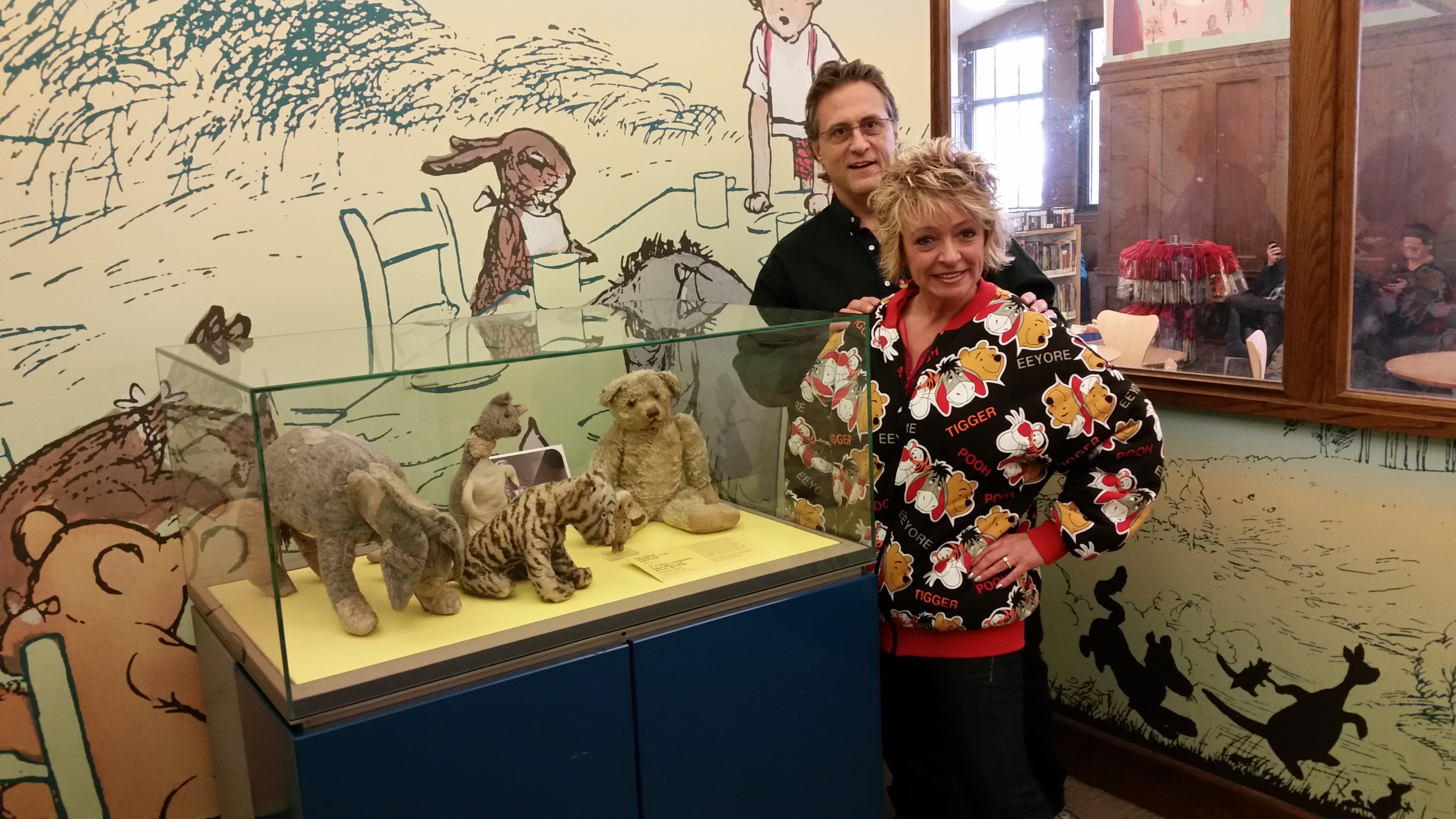 Since the early 1990s, she has been plucking up Pooh and his friends online, at thrift stores and personal collections. Oftentimes, people who are reluctantly getting rid of their collections, contact her first in hopes that she will “take care of it” for them. Gary even rented at 18-foot box truck to travel about 700 miles to pick up 2,000 of beloved grouping from a donor.

“I try to respect how people feel about their Poohs,” she said. “I feel like 'm the ambassador of their items. They are always more than welcome to come visit them anytime too”.

Over the years, although she dearly loves the collection, she said the memories, experiences and friends she has made along the way are just as - if not more — important. 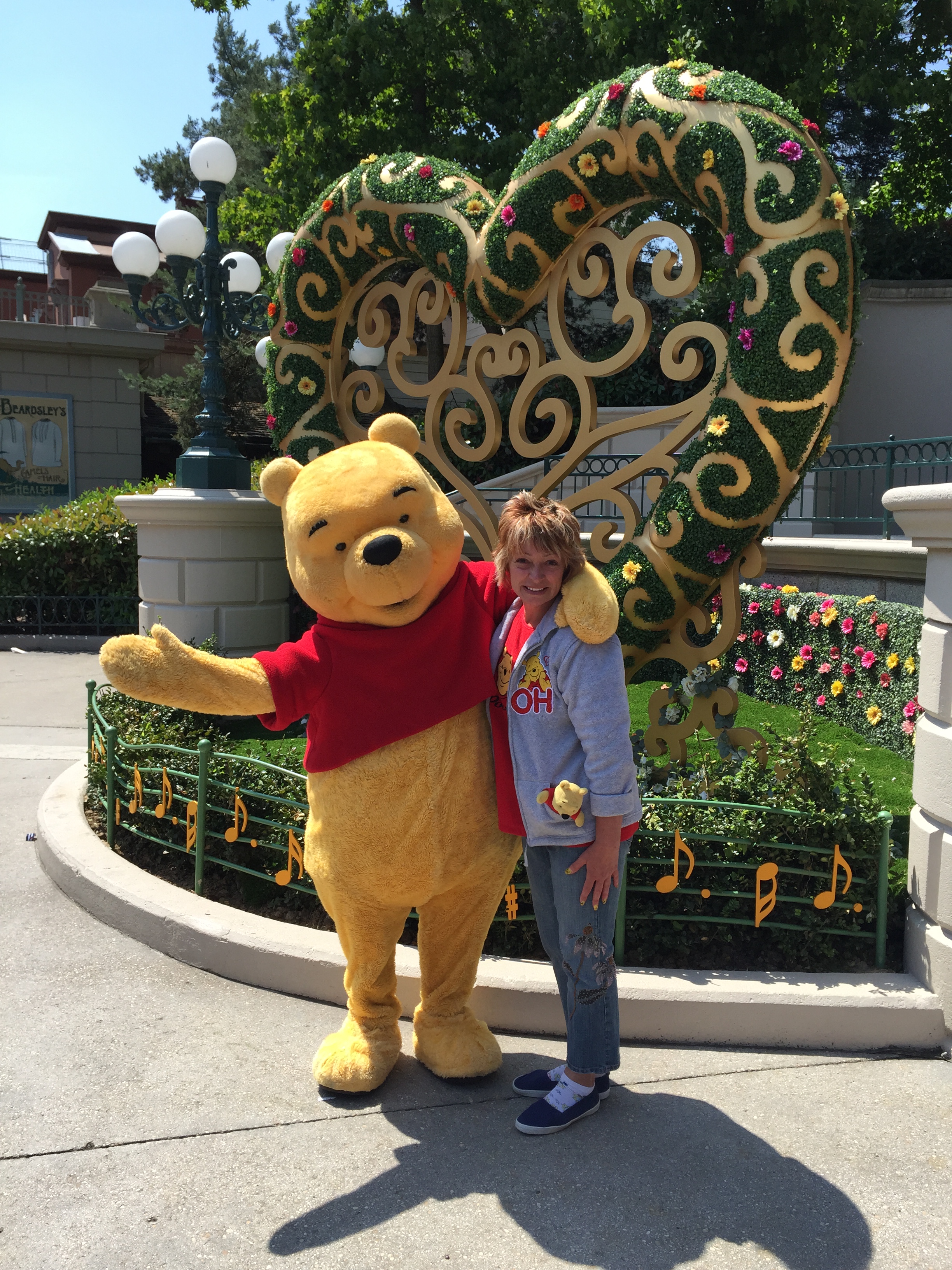 Numerous trips have been taken because of Pooh. For 20 years, the couple have taken an annual pilgrimage to White River, Ontario in Canada for Winnie's Hometown Festival. For the past eight years, they have been asked to emcee the event after it was discovered the couple are deejays.

She wants to experience all of the Pooh rides at the Disney parks. She's marked off Walt Disney World here, Disney France and Disneyland in California. While she was in California, the couple went to a taping of the Price is Right where she ended up a big winner in the Showcase Showdown. She connects with Facebookers practically every day — there are 19 Winnie the Pooh dedicated pages - and becomes friends with many. One Florida resident mimics the voices of Pooh so well it’s nearly impossible to tell the difference between him and the real one.  He recently sent her a birthday message using the voices to wish her a happy day.

“Its little things like that that make doing this so much fun,” she said.

The Poohs and his eight friends are placed among the masses with intention. With many items that are different in small ways, Deb needed — even being extremely organized — a way to keep an inventory of them. Gary, an IT professional, created a program that categorizes each submission down to the most finite details complete with at least one photo. 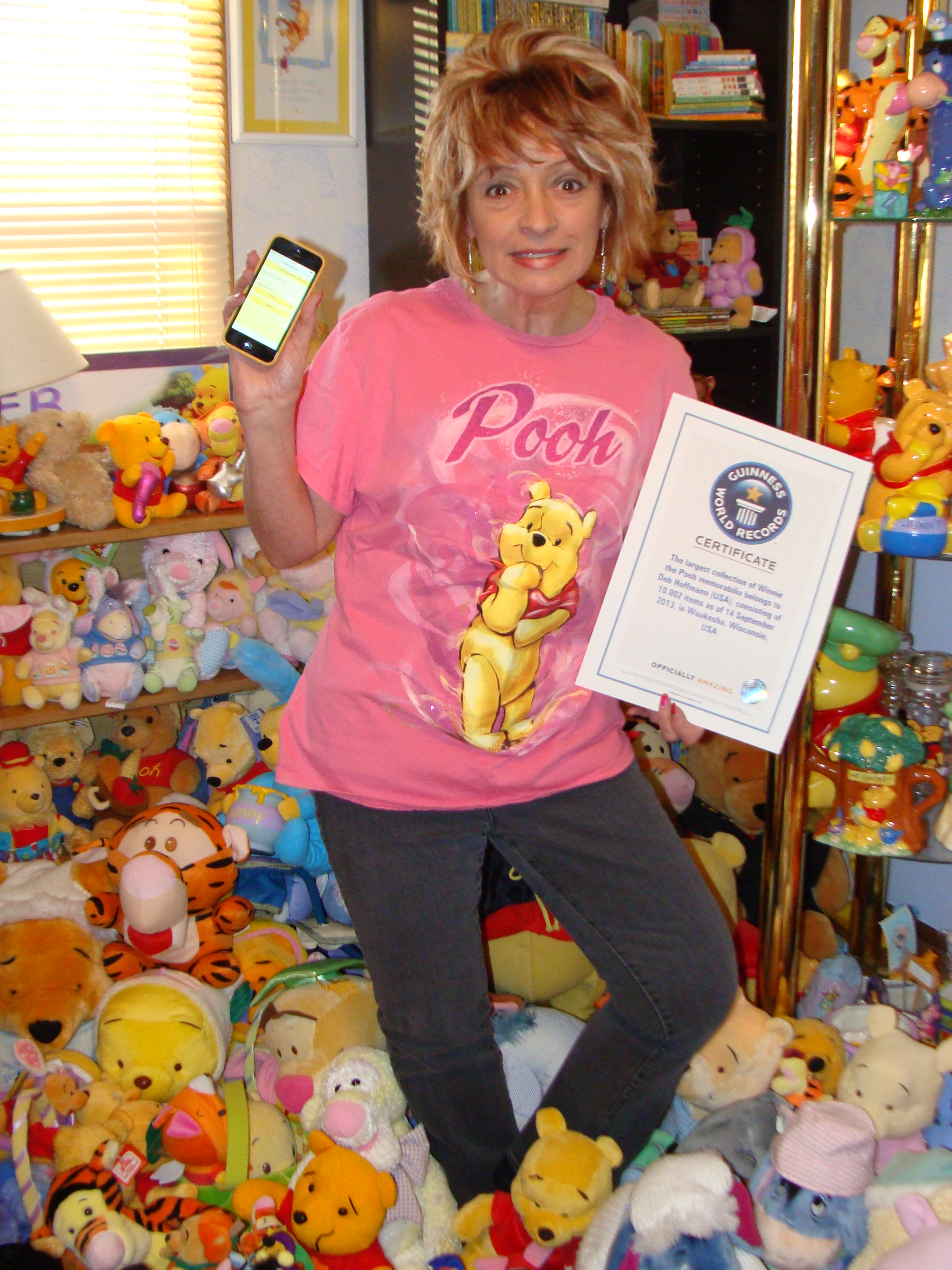 For nine years, she searched for — what she now calls “the holy grail” — a Winnie the Pooh adult costume from the 60 -70s. Back then, Disney provided Sears with them throughout the year because the department store had exclusive rights to sell Pooh merchandise. She finally got the call from a Sears employee who had found the costume in near pristine condition tucked away in a store closet. It was only found because the store was going out of business. She currently is looking for the honey pot that is missing. When she ventures to the big honey pot in the sky, since she and Gary don’t have any children (What? I’d have to share my Poohs with my kids.), she plans to donate the mernige to a Pooh museum.

“I was overly happy after I set the record and then things started happening,” she laughed. “Now, every single day I receive an email or a call from someone looking for a specific Pooh or wanting to donate or sell one to me.

She prefers vintage, antique or unique Poohs and will help out someone looking for one if she has a duplicate.

“It just became a thing — an adult treasure hunt,” she said. “It’s been such a blessing in so many ways. It’s fun. It's positive and people need that”