Record Setter is to Guinness World Records as Wikipedia is to the Encyclopedia Britannica. 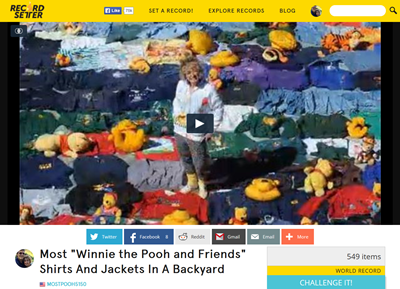 RecordSetter, formerly known as the Universal Record Database (URDB), is a social media website containing a collection of world records created by the public and evaluated by staff and visitors to the site.

RecordSetter is built on a philosophy that everyone on earth can be the world's best at something. Their goal is to build a site where all such achievements can live." Guidelines specify that "Every submission must be"

Vist my page on www.recordsetter.com