Pooh Sticks first came to prominence when it was described in A.A. Milne's book The House at Pooh Corner and the movie Winnie the Pooh and a Day for Eeyore. Pooh accidentally drops a pine cone into a river from a bridge and, after observing how it appeared on the other side of the bridge, devises the rules for Pooh Sticks.

The sport was first developed at a bridge located in Ashdown Forest, close to the village of Upper Hartfield, East Sussex, England. 1907 and originally called Posingford Bridge, it is considered to be the bridge on which Milne and Christopher Robin first played the game. (however, it is uncertain whether the sport was first played at the bridge then written into the story, or vice versa) The bridge was subsequently reopened by Christopher Robin Milne and officially renamed as Poohsticks Bridge.

2015 will be the first year the World Pooh Sticks Championships will not be held in Little Wittenham. The immense popularity of the sport has caused the need to find a place that can accommodate all of the adoring Pooh fans.

So this year I am excited to be participating in WPSC which will be held..... 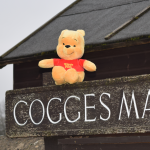 coordinated the Club of Oxford Spires 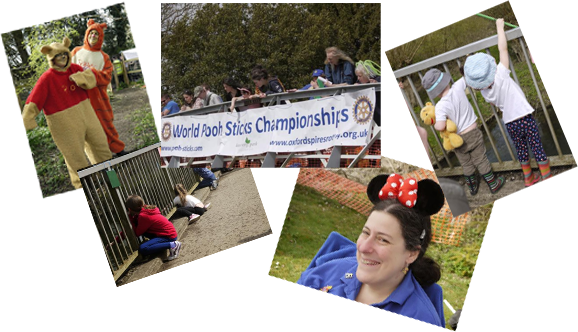 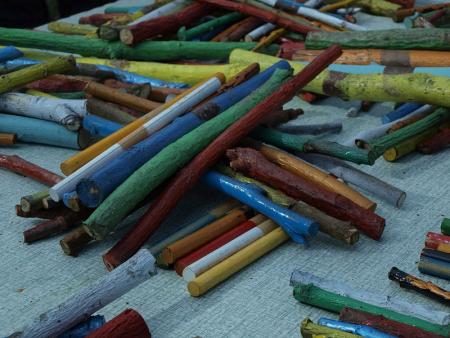 Mike Ridley, of 'Pooh Corner' in Hartfield, wrote a very nice booklet about this game, including these rules below. This booklet 'The official Pooh Corner Rules for Playing Poohsticks' was written in 1996 to commemorate the 70th anniversary of the publication of 'Winnie-the-Pooh'.