World's largest Winnie the Pooh Collection is in Waukesha

Photo by James Groh
The world's largest collection of Winnie the Pooh memorabilia is in Waukesha County.
Certified by the Guinness World Records organization, Deb Hoffmann has more than 20,000 unique Winnie the Pooh items.

WAUKESHA — The world's largest collection of Winnie the Pooh memorabilia is in Waukesha County. Certified by the Guinness World Records organization, Deb Hoffmann has more than 20,000 unique Winnie the Pooh items.

"People call me the crazy Winnie the Pooh lady, and I would say that’s probably correct. I'm definitely associated with the character," she said.

Unique items means that no two are exactly the same. From stuffed animals to keychains to plates to figurines, Deb has it all. It's not just Winnie the Pooh either. She has Eeyore, Piglet, and the whole crew. The values range from about $0.50 to potentially $25,000. She was offered $25,000 for a special one-of-a-kind costume, but she refused the deal. She estimates that the total value of the collection is about $1,000,000. 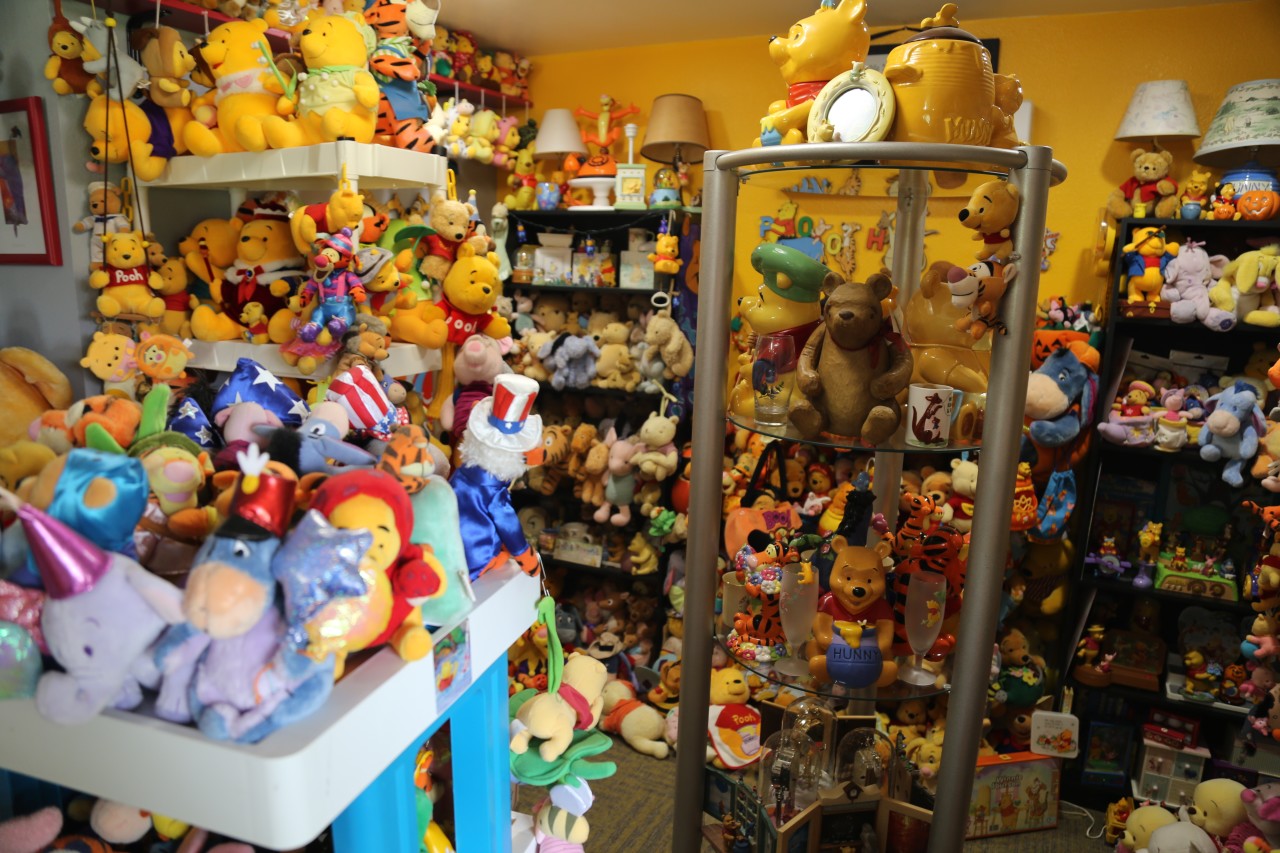 It all started around 30 years ago when she was in her 20s. She wanted a novelty Winnie the Pooh phone. But she couldn't get it.

"I had put, actually, ads in newspapers across the country to find it, and once I finally I found it. (Searching for) this was fun," Deb said.

That sparked a three-decades-long journey. Deb said she had about eight Winnie the Pooh stuffed animals when she was a child, but was never especially intrigued by the cartoon. It wasn't until later that her passion ignited.

"I love the hunt of having to find something," she said. 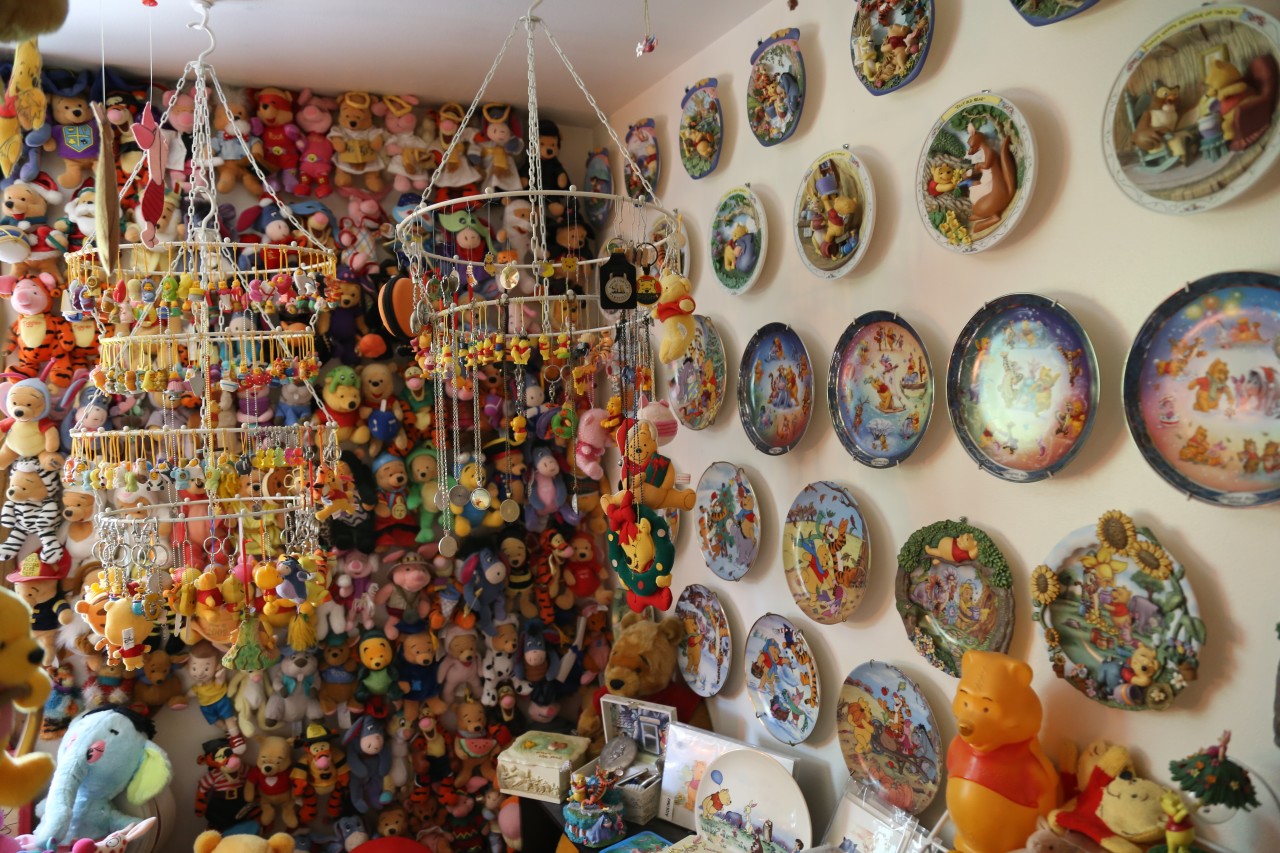 To be a Guinness World Record, they must all be counted and unique. To help keep track of all her collectibles, Deb's computer-programming husband built an app that allows her to filter and search through what she already has, to avoid purchasing doubles.

"I can type in a few keywords and pictures come up, and so I can compare it and see if I actually have it or not," she said.

Some collectors at this level will keep their items in the original packaging, wrapped up, or behind cases to prevent any tampering with the collectibles, but not Deb. She has a cupboard full of Winnie the Pooh mugs she likes to use. She has shirts and shoes she enjoys wearing. One of her shirts was even spilled on while at a restaurant. That didn't bother her. Everything is incredibly organized, neat, and cleaned once a year, but Deb doesn't want her collectibles behind a lock and key.

"Very much of the collecting mentality that I want to enjoy them, and I want to use them. There are other collectors that keep the original packing, maybe the receipt. I don't do that," she said. 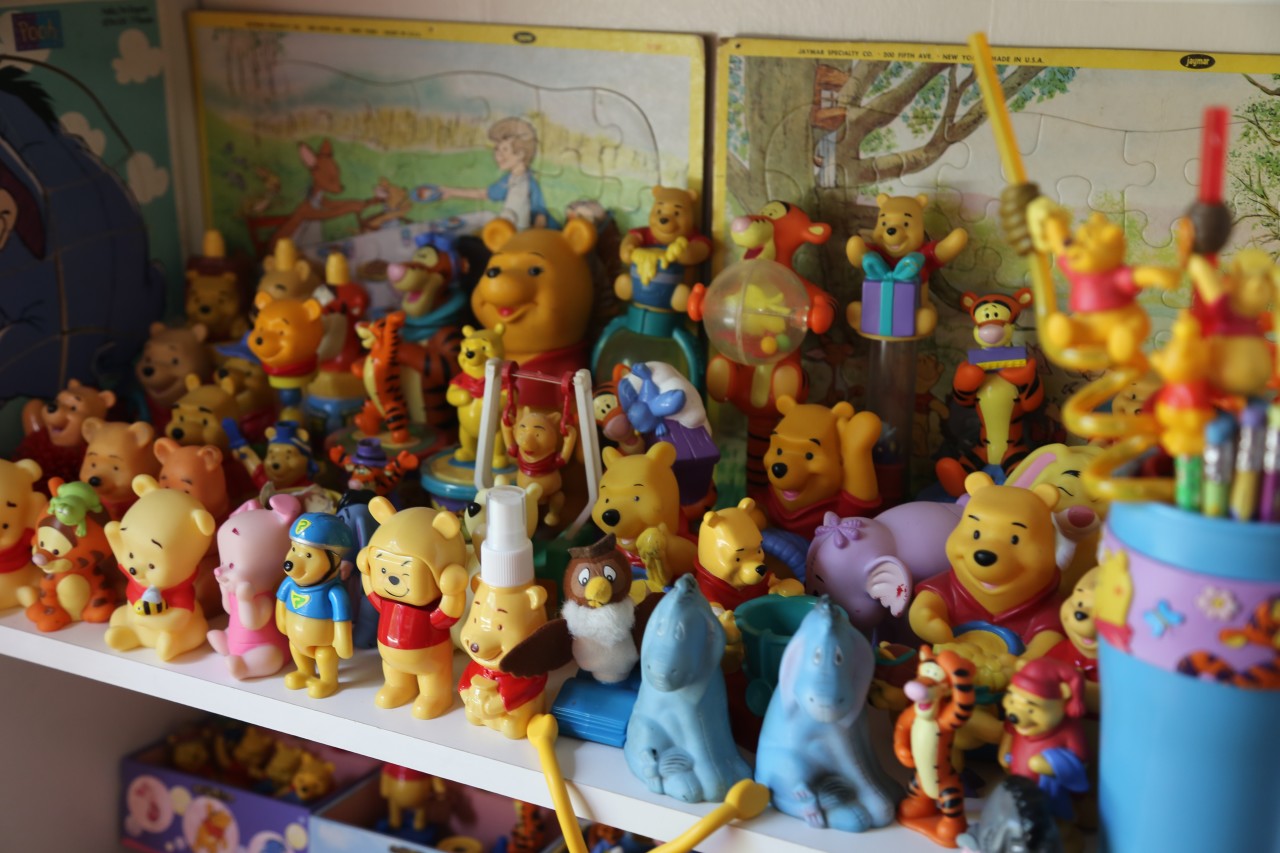 As far as the name 'Crazy Winnie the Pooh Lady' goes, Deb doesn't mind it. She laughs it off. However, one misconception she cleared up during our interview was what her house looked like. Deb's Vernon/Waukesha home looks like any other home. There are a few Winnie the Pooh couch cushions, dishware, and various knickknacks on display, but the majority of her collectibles are displayed in designated rooms.

"I think (people) expect the house to be painted red and yellow, and for it to be all over the place, and sometimes people will walk, and like 'where are (the collectibles)?'"

The rooms are packed with literally thousands of ornaments, novelty phones, and pictures, but they are in designated rooms. Actually, they are split between three areas primarily. There are two rooms in Deb's house stuffed with memorabilia and the remaining items are in her Florida home.

So what's next for Deb? Eventually, all her items will be donated.

“When I go to the big honey pot in the sky, it’s going to Canada.”

White River, Canada. That’s the place where the bear that inspired the series was found and brought to England.