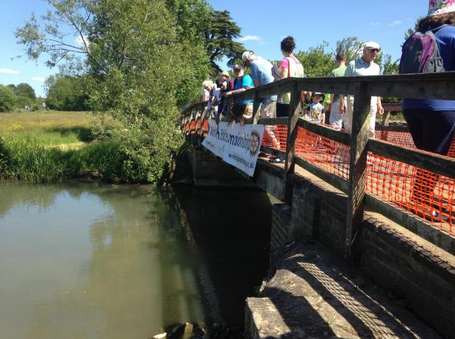 HUNDREDS of people descended on Witney this afternoon for the World Pooh Sticks Championships.

The competition, which until this year was always held on the Thames at Little Wittenham, was held on the Windrush for the first time.

Competitors dropped sticks off one side of a bridge over the Windrush at Langel Common and "raced" them to the other side.

Among the visitors were be Deb Hoffmann, of Wisconsin, USA, who holds the Guinness World Record for the largest collection of Winnie the Pooh memorabilia.

The game was invented by Winnie the Pooh author AA Milne, who first played it with his son Christopher in the Ashdown Forest.