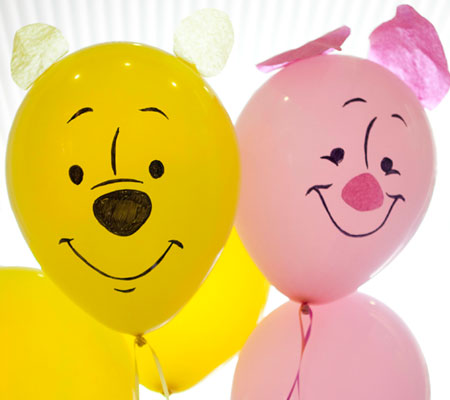 By Miranda Becker from DisneyBaby.com

Make your next Pooh Party extra special with a visit from their Hundred Acre Woods friends. Turn an ordinary bunch of helium balloons into a crowd of your favorite Pooh pals. Place Pooh and Piglet balloons at the door to greet your arriving guests.

*Note: Balloons should be styled the day of the party, helium balloons will usually deflate within 24 hours.