Deb Hoffmann and the Largest Winnie the Pooh Memorabilia Collection 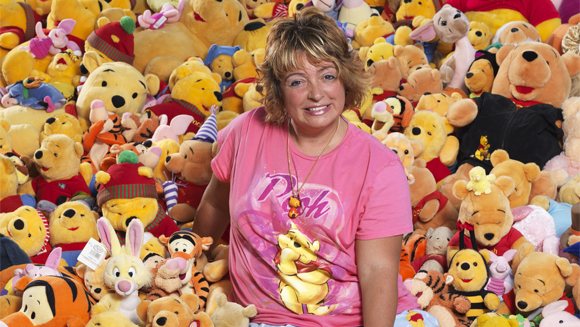 Millions of Winnie the Pooh fans around the world are today set to join in of the 101st anniversary of the discovery of the bear that inspired author A. A. Milne's cuddly creation.

The black-furred bear, a female named Winnipeg, was smuggled in Britain during the First World War by Canadian lieutenant, Harry Colebourn. After the soldier was sent to fight in France, the bear cub was given to London Zoo, where it was watched and loved by AA Milne's son, the real-life Christopher Robin.

To coincide with the beloved bear's special date, Guinness World Records recently caught up with Deb Hoffmann, the current record holder for the largest collection of Winnie the Pooh memorabilia. 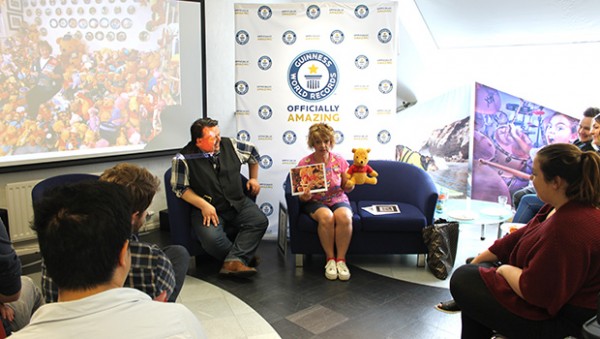 Deb recently shared her experiences with at GWR HQ in London

On being the world record holder, Deb said: "It's so because everybody knows Guinness World Records and that always makes me feel so to almost be like a Winnie the Pooh ambassador." Click below to discover the origins of the character as one of the globe's sweetest memorabilia collections is unveiled.