New Winnie-the-Pooh story: In which Pooh and Piglet save the bees

Beekeepers have joined forces with Winnie-the-Pooh to encourage children to bake with local honey, visit nearby apiaries and throw seed-bombs 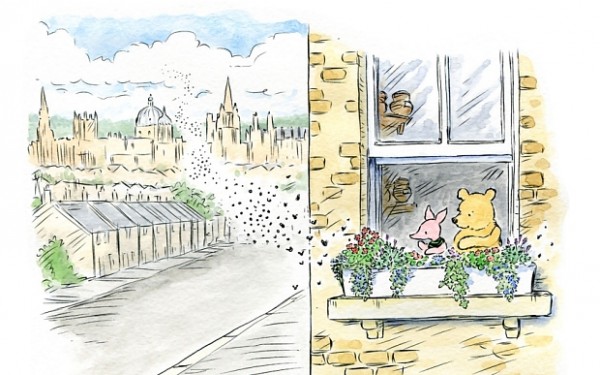 Winnie-the-Pooh might be a 'bear of very little brain' but even he has become troubled to learn that his beloved treat of honey is under threat by the continuing decline of Britain's bees.

New figures from the British Beekeepers Association (BBKA) showed the colonies declined by 14.5 per cent last winter, 50 per cent more than the previous year, despite efforts to tackle to the problem by banning pesticides.

Now the BBKA has teamed up with Pooh illustrator Mark Burgess, who coloured E H Shepherd's original black-and-white drawings, to produce a brand new story - Winnie-the-Pooh and the Missing Bees - as well as a guide to saving the honeybees.

In the new story, Pooh and Piglet decide to visit the honeybees after noticing a honey shortage in The Hundred Acre Wood.

Speaking to Piglet, Pooh says: "I have been very careful with it, Piglet, as there hasn't been much honey lately. But you can only be careful for so long before you run out altogether."

Beekeepers are also h oping to engage children by encouraging them to bake with local honey, become beekeepers, visit nearby apiaries and throw seed-bombs to help the spread of wildflowers.

New illustrations show AA Milne's characters Christopher Robin, Piglet, Tigger, Eeyore and Pooh making a vegetable patch in the Yorkshire Dales, building a bee box in the shadow of the Angel of the North in Gateshead, and planting a flowering tree in the shadow of Warwick Castle. 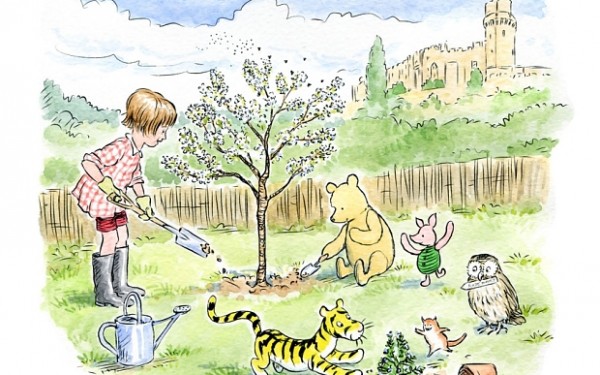 The friends are also pictured dropping bee-balls in Birmingham, painting in Sherwood Forest, Nottinghamshire and visiting a honey show in Glastonbury.

Nicole Pearson, Associate Publisher from Egmont Publishing which publishes the Pooh books said: "Winnie-the-Pooh is famed for his love of honey, so who better to encourage families to get out and about and take part in fun activities that can help support our honey bees.

"We're very excited to be working with the BBKA to support such a worthwhile cause."

A survey by the BBKA found that 58 per cent of people wanted to help stop the decline of bees but do not know how to go about it.

"While many people are aware of the plight of the honey bee, there are many that don't know what they can do to help," said David Aston, President of the British Beekeepers Association.

"We hope that by supporting our 'Friends of the Honey Bee' initiative with the brand new guide inspired by Winnie-the-Pooh, families across the country can get involved, making a practical contribution and supporting bee health research." 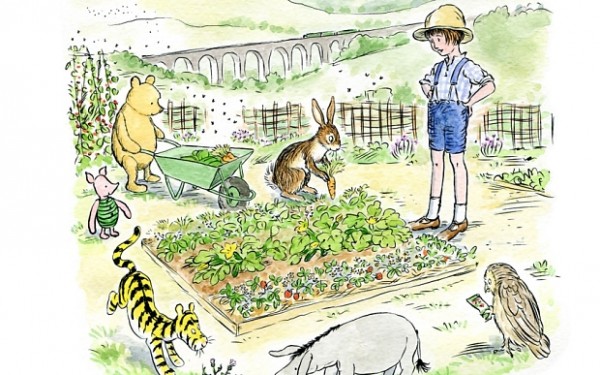 The BBKA annual study surveyed 900 British beekeepers selected at random, to establish the impact that last winter has had on honey bee colonies.

Some regions have been more greatly affected by bee decline than others. The west has seen drops of 18 per cent, the North East 15.5 per cent and the East of England 14.7 per cent,

While the exact cause is unknown, scientists have speculated that pesticides, pathogens, mites, poor weather and changing beekeeping practices have all contributed to the decline.

Last month scientists in California suggested that a tiny parasite could be behind the rapid colony collapse while researchers at Keele and Sussex Universities claimed aluminium poisoning could be leaving bees with a kind of animal Alzheimer's disease.

A survey of school children carried out by the BBKA found that most youngsters are aware of the threat to the environment from the decline of bees but do not know what steps to help. environment. However less than a quarter (22 per cent) of children are aware of any steps they could take in order to help.

The 'bee-friendly' guide can be found at www.friendsofthehoneybee.com. 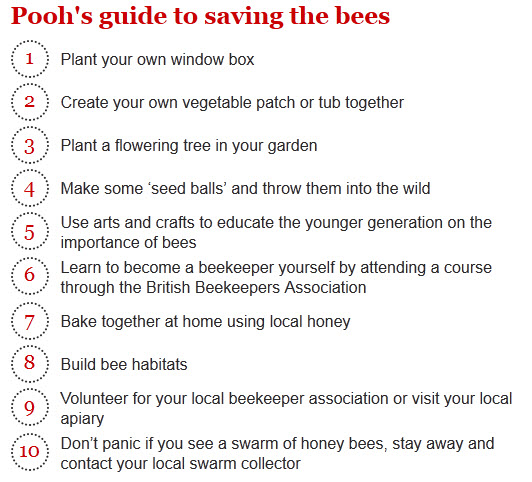 Download your "Bee-Friendly Guide" to help save the honey bees.