Read the full article on The Laughing Place

Deep in the Hundred Acre Wood

You will find the enchanted neighborhood 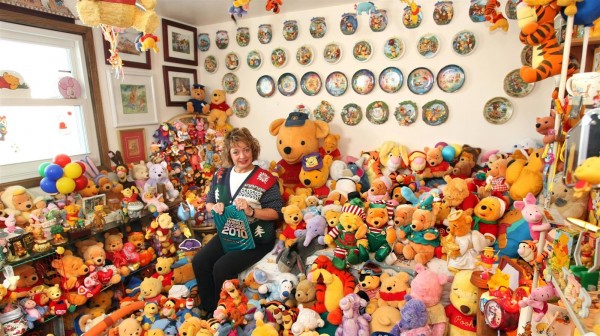 Recognized by the Guinness Book of World Records for having the largest collection of Pooh and friends memorabilia with nearly 18,000 pieces, Hoffman's assortment is spread across not one but two houses in Waukesha, Wisconsin.

Hoffman's menagerie of prized Pooh collectibles will be featured on the April 14th edition of Collector's Call, a new show on , hosted by former Facts of Life star and one-time Mouseketeer Lisa Whelchel.

Winnie the Pooh is one of the most memorable characters of all time and Hoffman's collection seems to capture the essence of “stuff and fluff.” Hoffman's prized possessions of everything from Pooh plush, clothes, jackets, clocks, figurines, dishes, mugs and toys a pre-Disney Piglet that at one time belonged to the daughter of actor Vincent Price. 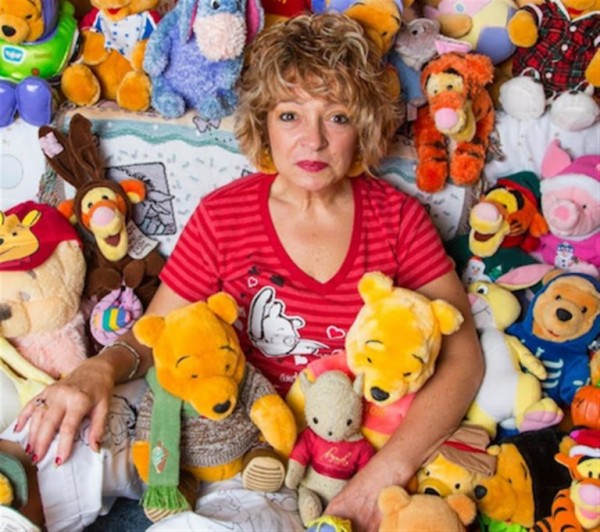 Her obsession to collect Pooh Bear and friends started when Hoffman was in sixth grade. She recounts on her website MostPooh.com that her obsession started after her father brought home a box containing Buddy Bear and from that moment on it was a love affair with the “silly old bear.” She admits that she still has that original stuffed bear that always sits on her bed adding that she has a very patient and loving husband that tolerates her Pooh Bear fixation.

The demand to see her Pooh and company collection, caused Hoffman to launch a YouTube series called Never Enough…Pooh, which showcases her coveted treasures but now fans of the classic TV channel will get a glimpse inside her two Pooh, Tigger, Kanga Roo-filled homes.

On the show, certified appraiser Judy Martin will value Hoffman's collection and as a she will bring along a very special surprise for Deb.

Collector's Call is first original unscripted television series. The 13-episode program will introduce viewers to some of the biggest collectors of pop culture memorabilia in the country with treasures featuring The Wizard of Oz, Harry Potter, Coca-Cola to comic books and much more. Hosted by Whelchel, the show will showcase extensive valuables while featuring collectors and their fascination with their chosen items. Whelchel enlists the help of professional appraisers and experts to put an estimated value on their collection's worth.

Best known for her starring role as Blair Warner on NBC's The Facts of Life, Whelchel began her acting career as a for Disney's The New Mickey Mouse Club at the age of 13. For two seasons from 1977-1979, Walt Disney Productions revived the original concept of the 1950's ABC children's show for syndication but modernized the program with a more diverse cast and a disco re-recording of the show's iconic theme song.