Sharing Pooh Collectibles with the World!

link to read the article on PRLog

WAUKESHA, Wis. - July 25, 2018 - PRLog -- The world record holder for Winnie the Pooh memorabilia is giving away Pooh collectibles, using videos from her YouTube channel and a web site that details her story and passion for "most Pooh." 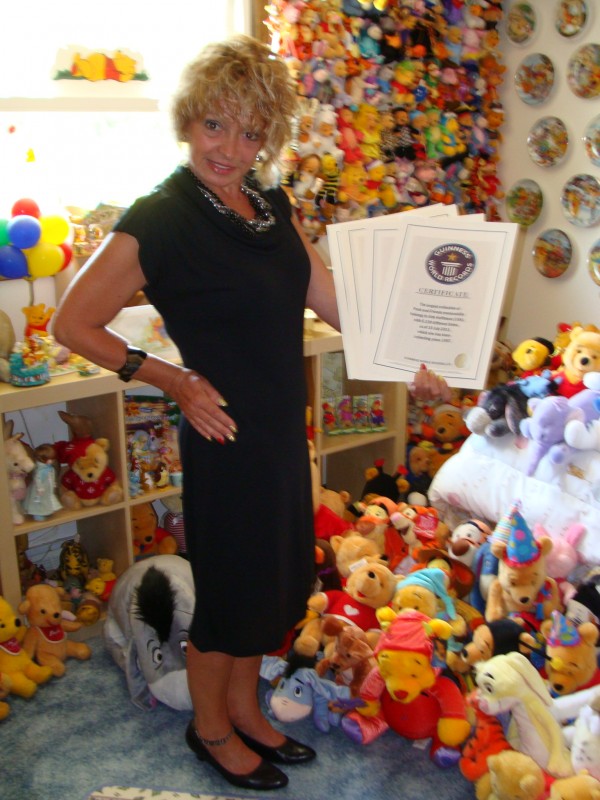 Deb Hoffmann, who was first recognized in the Guinness Book of World Records in 2008, has more than 18,000 collectibles associated with the famous Winnie the Pooh stories,  written by A.A. Milne starting in 1926. With "Christopher Robin," a new Disney movie centered on a key Pooh character, opening Aug. 3, Hoffmann is giving away one item from her collection per month for the foreseeable future.

In addition, she is doing daily giveaways of Christopher Robin memorabilia through Aug. 3!

Hoffmann has done monthly giveaways since late 2017. The building excitement around the new film spurred her to accelerate the pace – that, and the simple fun of interacting with fellow Pooh enthusiasts from around the world.

"One of the best parts about being in the Guinness Book of World Records is learning how many other people share your passion," Hoffmann said. "I'm continually amazed at all the fans who tell me their stories, and feel a true bond associated with loving anything and everything about Winnie the Pooh."

Here's how the giveaways work: Hoffmann posts a weekly video on her YouTube channel, MostPooh5150. Each video focuses on the backstory of an item in her collection. Contest entrants must subscribe to the YouTube channel.

The videos are posted in numerical order on the "Episodes" page (under the "Never Enough Pooh" heading) of her collection web site, www.mostpooh.com. After watching the video, entrants answer a question on the associated web page for the week's video, using the "Enter Contest" button. A winner is drawn from all correct answers submitted.

Prizes are mailed. Winners thus far have been from the U.S., Canada and the Philippines.

Hoffmann is giving away duplicates from her collection. There's plenty to choose from. Prizes might be a plush toy, picture frame, tree ornament or figurine.

"I hope every winner experiences the joy I feel whenever I add a new item to my collection,"

Hoffmann said. "After collecting for 30 years, I have many duplicates, so am thrilled to give them to other Pooh fans."

Hoffmann has been featured and interviewed nearly 40 times in domestic and international media. Yahoo News recently profiled her in a video. Social media users can keep up with Hoffmann's Most Pooh collection on Facebook, Twitter and Instagram.