A Great Way to Celebrate Success 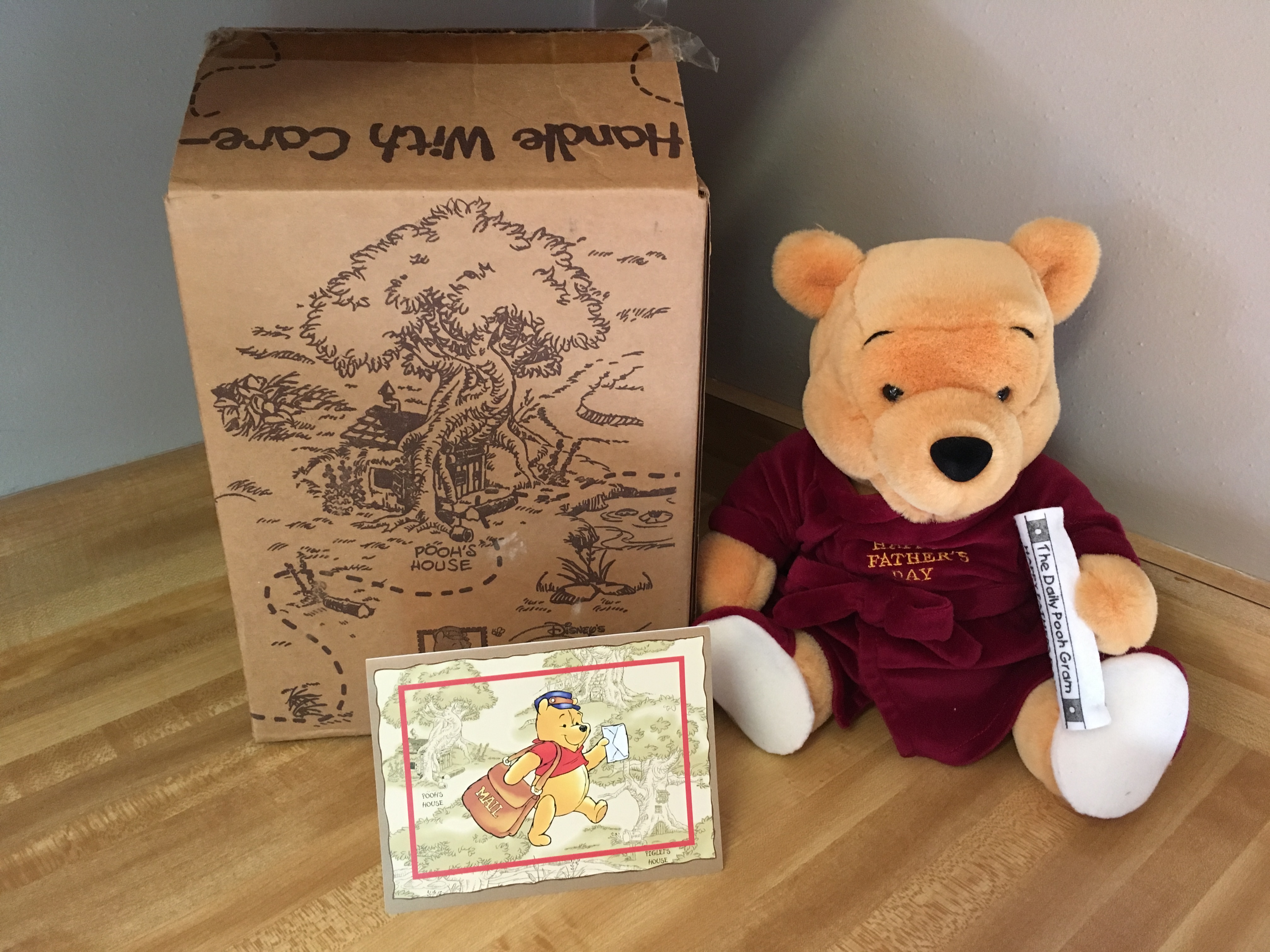 In the late 90s, starting December of 1996, Disney's first catalog service offered Pooh-Grams.  Each holiday or for special occassions, Pooh was dressed in an appropriate outfit and shipped in a box with the Hundred Acre Wood motif.  Each Pooh-Gram could be customized with your recipient's name and included a card.  Sometimes the card was also themed - for instance at Christmas and Spring. Most times the card had a general mailman Pooh.  Also, on occasion, the Pooh-Gram included a supporting item.  For instance, for Easter, a nest of jelly bean eggs was included.  For Hanukkah, Pooh also had a Dreidel.  And for Halloween, Pooh had a velour pumpkin.

I think I found all the Pooh-Grams that were available. If I missed any -- be sure to email me and let me know.