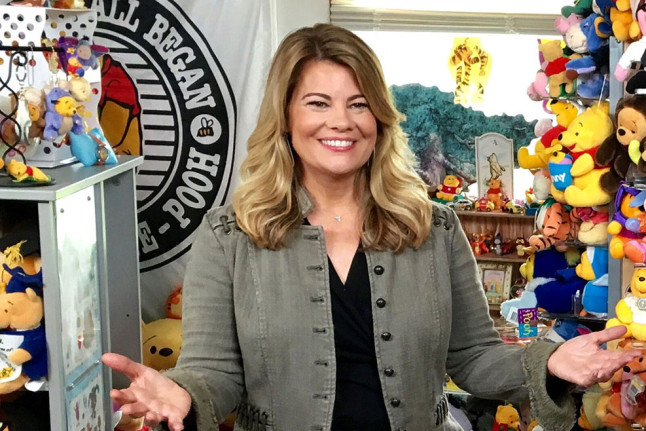 One of cable television’s little known gems is MeTV. How little known is it? This is the first time in Decider’s five-plus year existence that we’ve covered it! If you grew up watching Nick at Nite, when it used to be the evening programming block for Nickelodeon in the mid-’80s, then you already know what MeTV is all about. Nick at Nite eventually spun off onto its own channel, branded TV Land, but has since moved away from those classic black & white shows your mom or grandma or great-grandma watched, and now fills its time slots with reruns the likes of The Goldbergs and Two and a Half Men (basically a land of TV I don’t want to be a citizen of). Nick at Nite even returned to the Nickelodeon’s nighttime programming block, which essentially offers the same modern rerun fare that TV Land does.

Miss those classic classic TV shows? Well, MeTV has ALL the classic classics – Andy Griffith, Leave It To Beaver, The Brady Bunch, Dragnet, Gilligan’s Island, The Love Boat, Wonder Woman and even modern classics like Saved By The Bell (how excited are you?). It’s TV for people who care about TV when TV was truly TV.

In 2019, MeTV launched an original new series, which happens to be one of the best shows that no one is watching. Remember Blair Warner from The Facts of Life? Lisa Whelchel, the actress that portrayed the spoiled rich girl, is now the host of one of the more enjoyable half hours of television going: Collector’s Call. How under the radar is this show? Radar from M*A*S*H* couldn’t even detect it while searching Wikipedia (it doesn’t even have a page dedicated to it!).

Each episode of Collector’s Call finds Whelchel visiting the home of a rabid collector, poring over their prized possessions and how the items came to be in their possession, while a third-party appraiser appraises the pieces being put on display during the show. Then, at the culmination of each show, the appraiser tries to trade with the collector for one of their beloved treasures in return for something perhaps missing from their own collection. The collector gets the final call, and now you see how the show gets its title. If you forget why it’s called that, Lisa will remind you. And btw, Lisa is an excellent host. Her perkiness perks up the proceedings, and she’s not there to judge, just to present and enjoy. The show is simple, but its simpleness exudes many pleasures. And sometimes the collectors are even more fascinating than their collections!

The first season consisted of 13 episodes and ran the gamut from a former Playboy bunny turned rare book bibliophile, to the axeman of the band that sang “Eye of The Tiger” who collects others’ famous guitars, to a woman who has SO many Winnie The Pooh items that she had to buy a second house just to store all of her Hundred Acre Wood stuff in!!! My personal favorite episode featured a man’s obsession with The Wizard of Oz. One step into his house and you won’t be in Kansas for much longer (‘cause you’ll be in Illinois)!!

Collector’s Call has just returned for its second season. The first episode kicks things off with radio personality Mancow Muller and his impressive stash of movie, TV and music memorabilia, including the largest collection of Brady Bunch stuff in America. Mancow’s buddy Greg Brady (Barry Williams) even joins in on the fun, alongside Whelchel and the appraiser of the week. And the “Collector’s Call” at the end? A curveball of an offer ends up being one of the more enticing trade baits yet! BRAVO!

Collector’s Call is like Hoarders – more organized and less smelly, but perhaps equally as scary! For you, there’s no call to make. Watch it and enjoy.

Michael Palan is a New York-based writer and multimedia producer. He got an A+ in bowling at a midwestern university, and once handed Kurt Vonnegut his coat. In his free time he enjoys Edward Hopper paintings and eating fried chicken.