Humbled To Take Care of Pooh 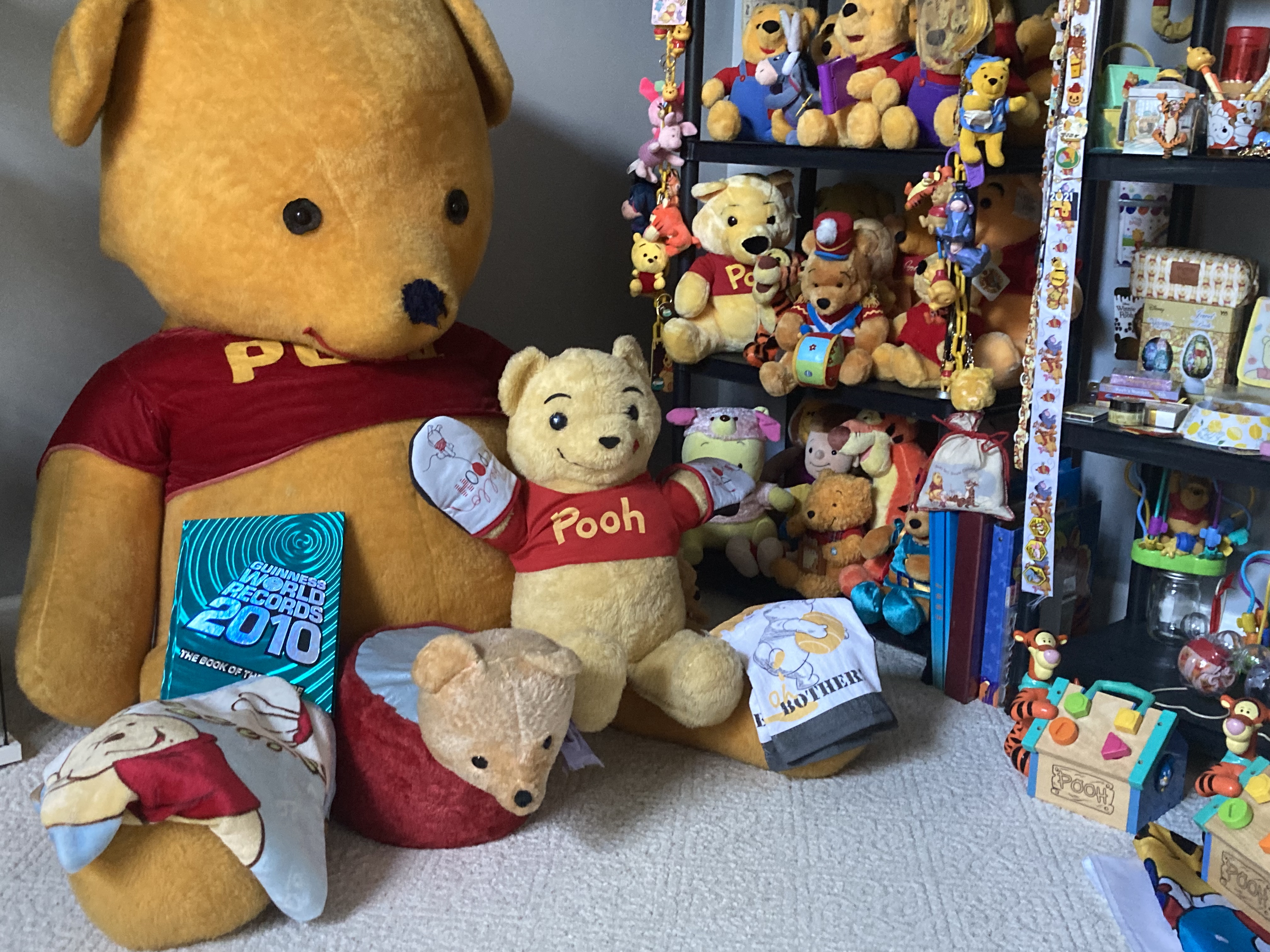 Frequently I get messages and emails asking for assistance and information about a Pooh item.  Sometimes the person might be interested in selling it.  Other times they just want to know more about their item.  Frequently I have the item in my collection and can help.  Occasionally it is something I haven't seen and need to do some research to learn more.

Recently I received an email from Susan who came across a Pooh "sit-on" she had as a child.  She reached out to me and asked me if I knew anything about it.  I actually had not seen it before.  So I did a little searching and learned it was probably made by Commonwealth Toys in probably 1968 or 1969 and was sold at Sears. I say "probably" because I found similar sit-ons but I think they were predecessors to Susan's.  Her kids were not interested in her keepsake and she asked me if I thought she should just throw it out.  If email could have a tone my email said, NO!  He was beautiful and probably pretty rare.   Then Susan did something unexpected.  She asked me if I would take care of him for her.  Most delighted I said absolutely.  What an honor to add such a unique item to the Guinness World Record Collection.

I am proud to say he is a new addition to Pooh Museum South and is hanging out with Big Pooh who is from the same time period.  Sit-on Pooh is item 20,713 in the collection.